Sometimes, when collaborating on projects virtually, file storage becomes a problem. Professional studios can probably run highly performant SFTP servers or bucket storage systems, but when you’re working with other freelancers on tight budgets—who may not be as tech savvy—a 30 GB file starts becoming a big problem.

Filemail.com is a really convenient web service that allows for sends of up to 50 GB at a time in their free tier. Receipients can either download files in the web browser or can torrent them for convenient pause/resumes.

Filemail is typically the service I’ve asked others to send me raw video files through.

And I always ask the files be zipped up first… why?

One time, a person sent raw MTS (MPEG Transport Stream) video files from an AVCHD camera. I did ask them to zip it up first, but for whatever reason that was overlooked. “How bad could it be?” I thought. I’d already downloaded about 40 GB of footage!

I fired up Edit Ready to rewrap the MPEG-2 Transport Stream into a MOV container for editing. However, the conversion would keep failing after a certain point…

I reached out the main man of Divergent Media, Colin McFadden, and he replied back super promptly with the following:

Sure enough, there was some Content Disposition HTTP headers slapped in between! 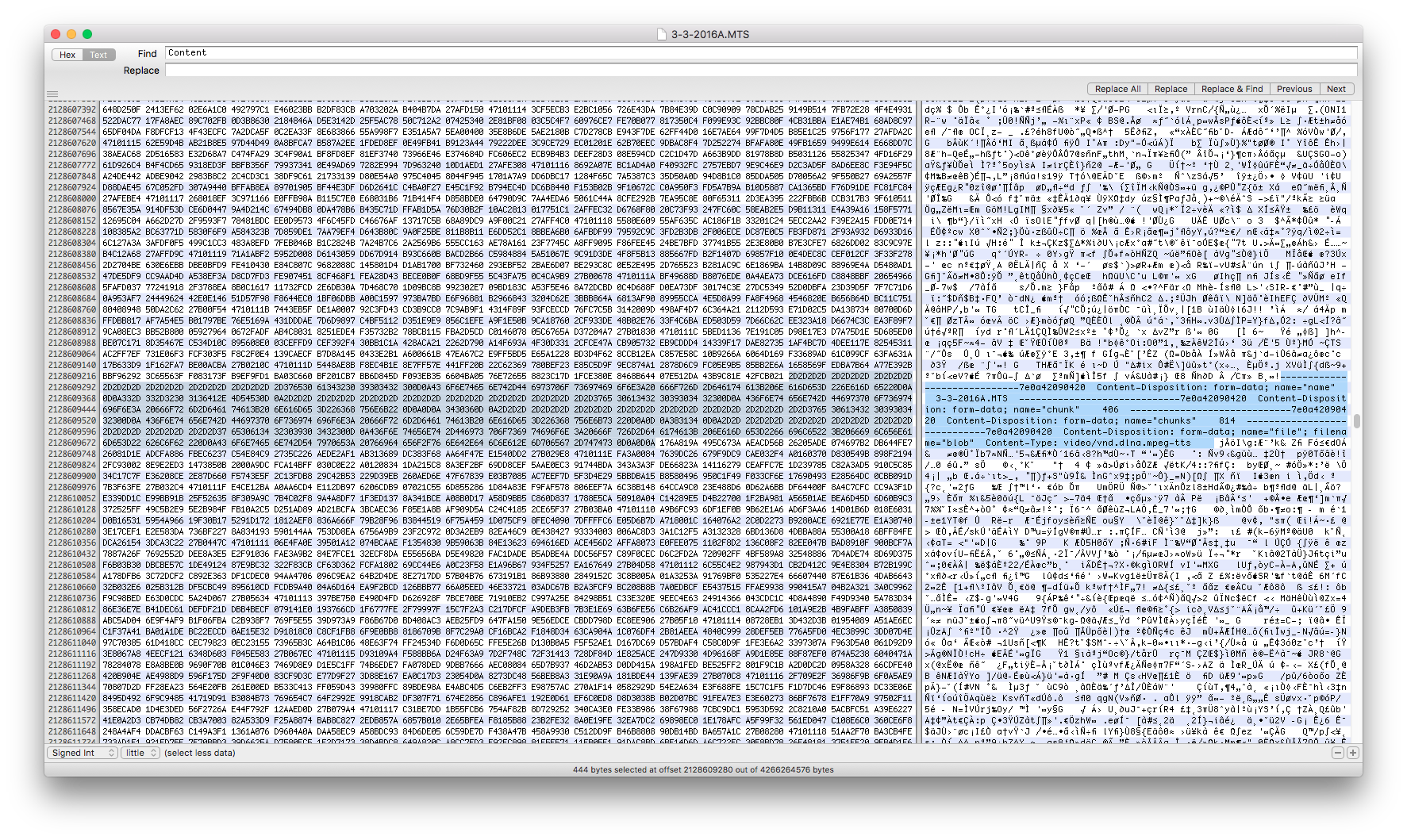 Deleting these with a hex editor and rewrapping the new file did the trick beautifully!

Interestingly (and this could very well be my own error) not all the headers were the same length: 444 bytes, 428 bytes, 456 bytes, and 453 bytes. Screenshots of the other three are below. 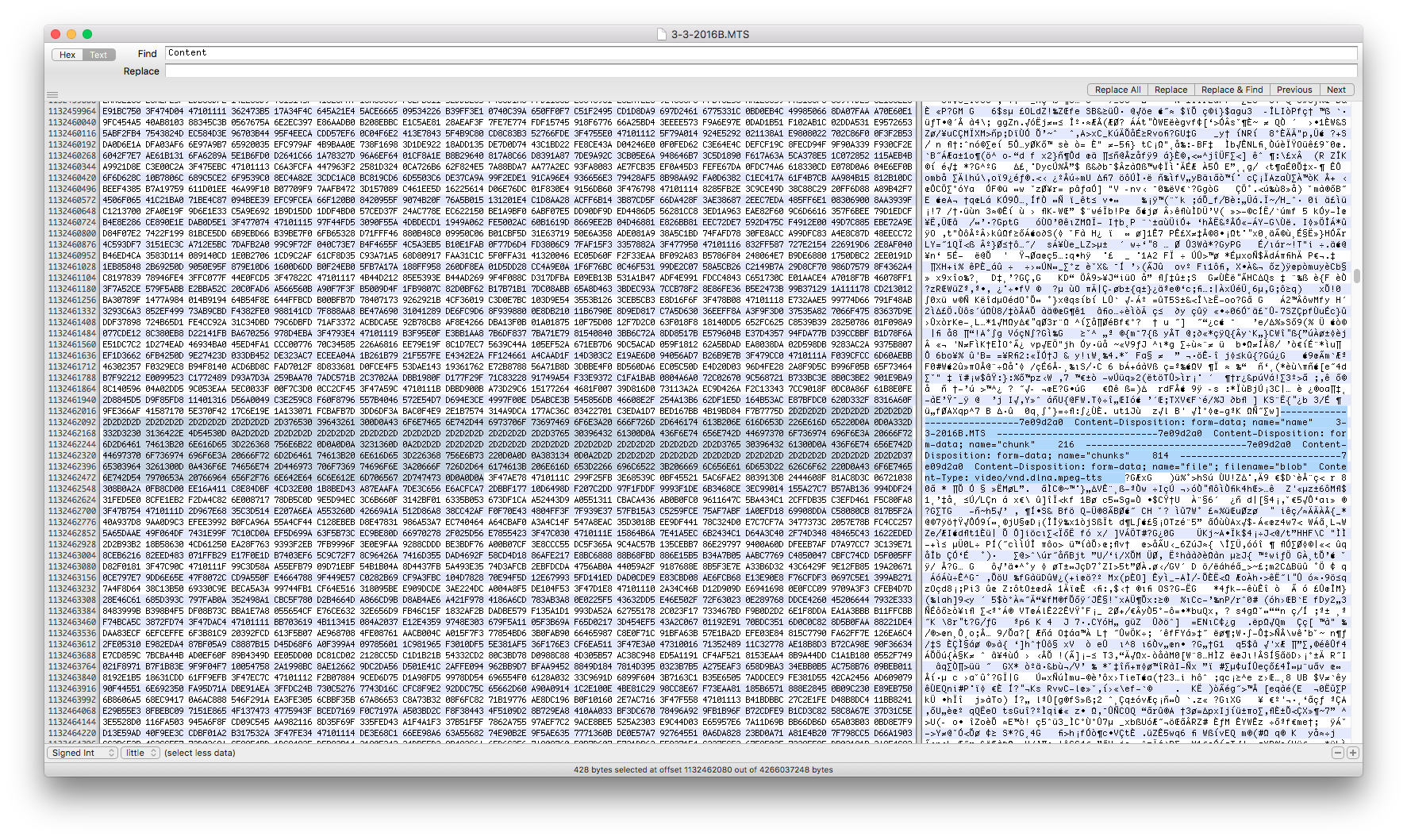 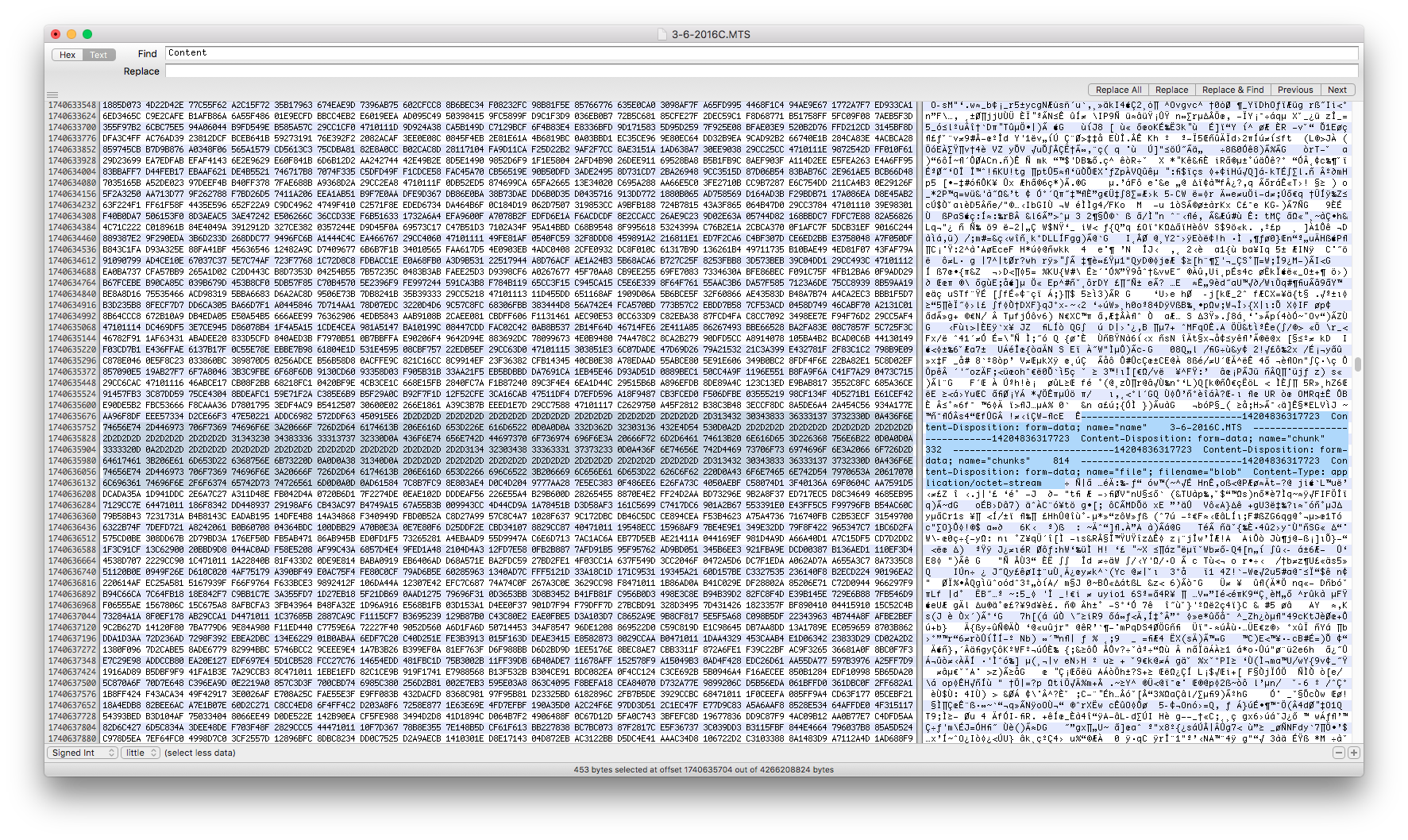 And to salvage footage, don’t be afraid to open a hex editor!