I’ve recently been experimenting with realtime editing of live events. That way I can speed up turnaround times for multicam edits, especially for 2+ hour events like typical Indian classical dances and concerts.

The on location setup goes as follows:

I was already anticipating conforming the livestream footage before pulling it into the timeline, since Wirecast uses variable frame rates.3

What Wirecast does is adjust frame duration so timing remains constant.

The easiest way to solve this would have been to change Wirecast’s ProRes preset to actually record at 29.97 fps. However, now the footage I have also needs to change framerates from 30p to 29.97p.

The solution? Use Compressor again for a second ProRes to ProRes render, this time from fixed 30p file to fixed 29.97p.

Unfortunately, combining the two conforming steps doesn’t seem to work. The famous Failed: 3x crash service down error pops up within a few seconds. In fact my previous self tweeted about this error back in 2018, anticipating it would take me nearly a year to typing a proper writeup.

Don’t Use EditReady for This

EditReady has a framerate adjustment feature, but is not meant for the above use case. As the manual states, the feature intentionally only “adjusts the playback rate of your media.” That is, EditReady makes all the frames spaced out evenly, even if some were held longer than others. The feature is basically meant for slow motion, etc.5

In fact, if EditReady were used to adjust from 30p to 29.97p, it would stretch the video longer. The 29.97p file would have the same number of frames as the original 30p but the frames would now play back 0.1% slower. Indeed when I tried that, the file stretched to to 51 min and 56 sec.

Interestingly, when both the 30p and 29.97p EditReady exports were pulled into FCP X they claim the original duration of 51 min and 53 sec in the browser. 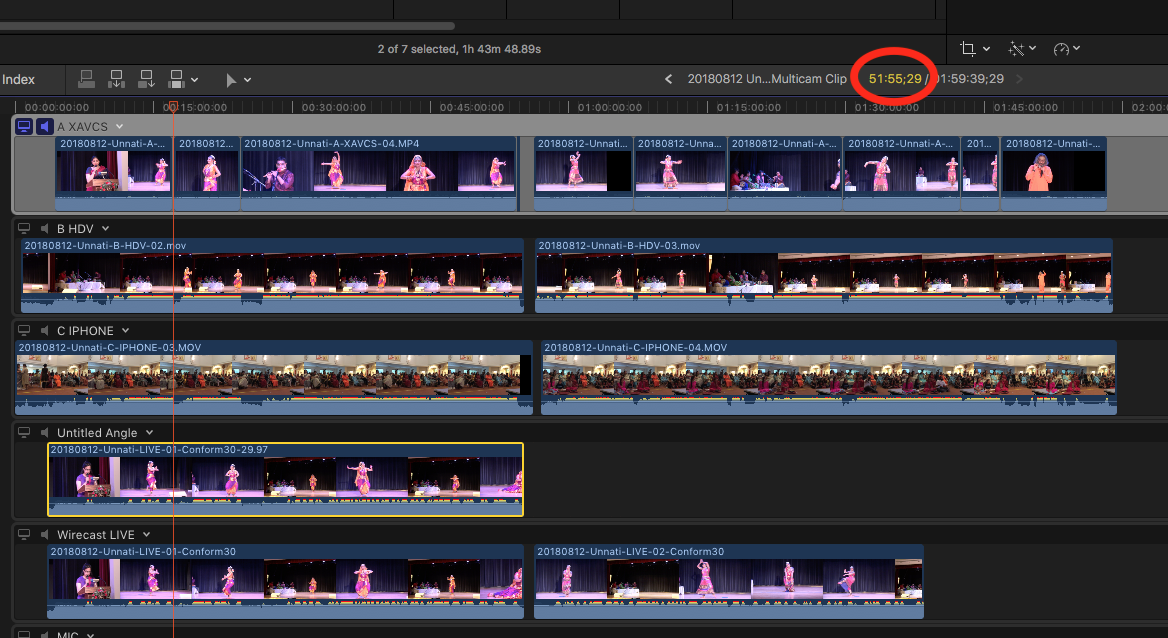 So ya, save yourself the headache and conform with Compressor the first time.